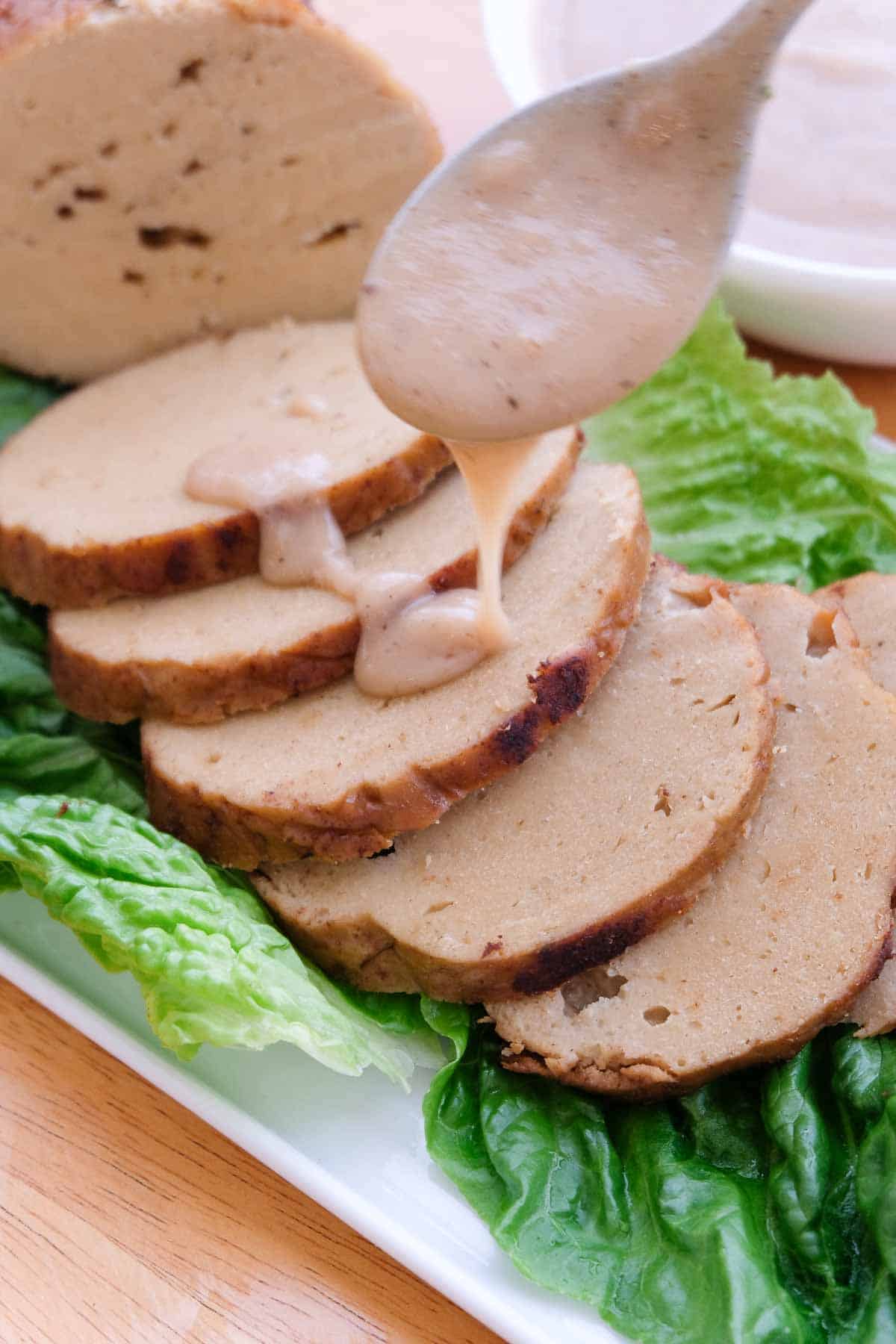 Made from wheat-gluten and seasoned with traditional poultry herbs, this vegan turkey roast is mindful of tradition as well as the times we live in.

What Is A Seitan Roast?

The bulk of this vegan turkey recipe is made from vital wheat gluten, which is a flour made from gluten, then main protein in whole wheat flour. Wheat gluten that has been added to liquid and cooked is called seitan. A seitan roast can be flavored with herbs, spices, and broth to give it the taste of various types of roast meat.

How To Make Vegan Turkey For Thanksgiving

Cooking up a tasty vegan turkey for Thanksgiving was a lot easier than I thought it would be. Certainly it was much easier than cooking an actual turkey!

To make this vegan thanksgiving turkey, you’ll want to start at least 1 day before you plan to serve it. This recipe requires a little extra time because you need to give the turkey time to absorb the savory broth, which will give it more flavor and greatly improve its texture. 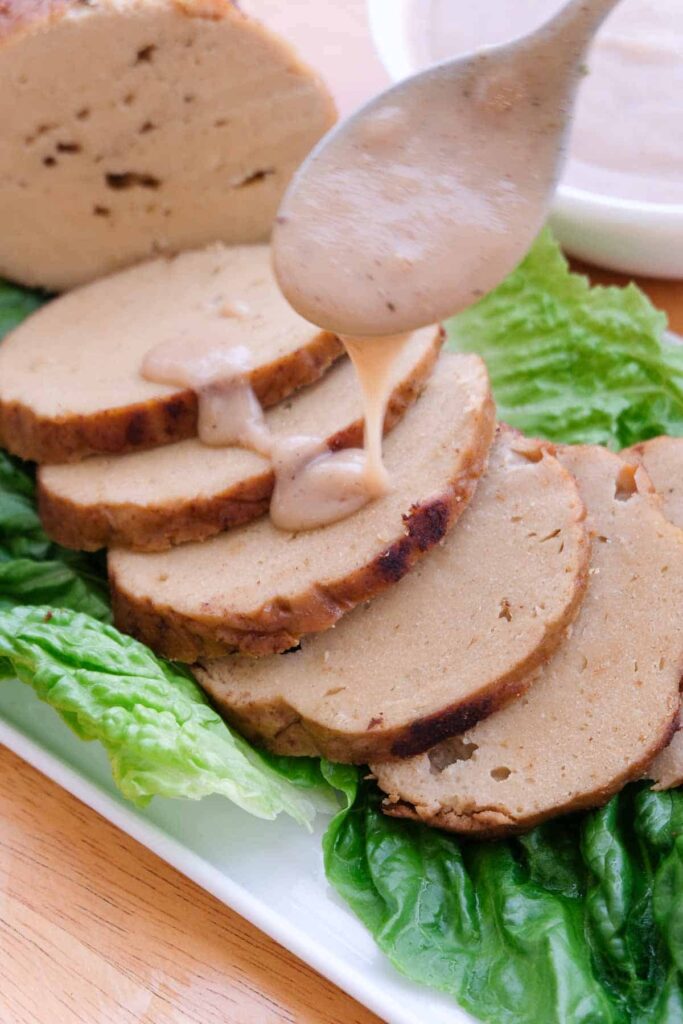