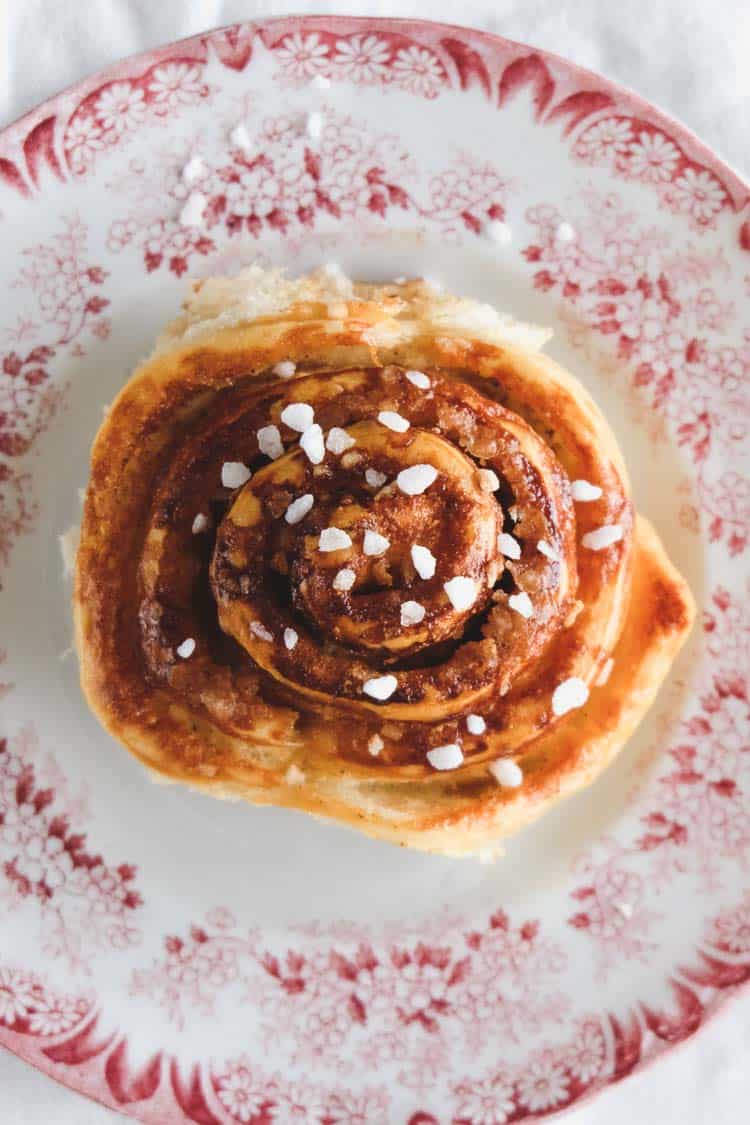 The best vegan cinnamon rolls recipe – for a breakfast or brunch treat that’s extra sweet, try baking up some of these perfectly swirled vegan cinnamon rolls? You’ll love taking a bite into these warm layers of chewy dough and buttery cinnamon-sugar filling.

Sometimes when I’m eating these vegan cinnamon rolls I dream of opening a vegan bakery. Or a little vegan cafe, with cool music… and movie nights. Anyway…

You can make your own little cafe style cinnamon rolls at home, the vegan way. I’m not sure if you can see by the picture, but I make mine a little differently. I don’t like cinnamon rolls that have been covered and smothered in sticky sugar-mucus. Ew.

Instead I add a little glaze and then sprinkle on some of this gorgeous pearl sugar – while the buns are still hot!

I cut my cinnamon rolls a little differently too. The traditional way is to roll the whole thing up into a log and cut it into segments. But I find I get a nicer shape – slightly mounded in the center – if I cut strips and then roll them loosely, pressing the outer end at the base.

And don’t crowd them in the pan – give them about 1/2″ at least in space. If you do those things, it turns the cinnamon rolls into a lovely flower shape like this: 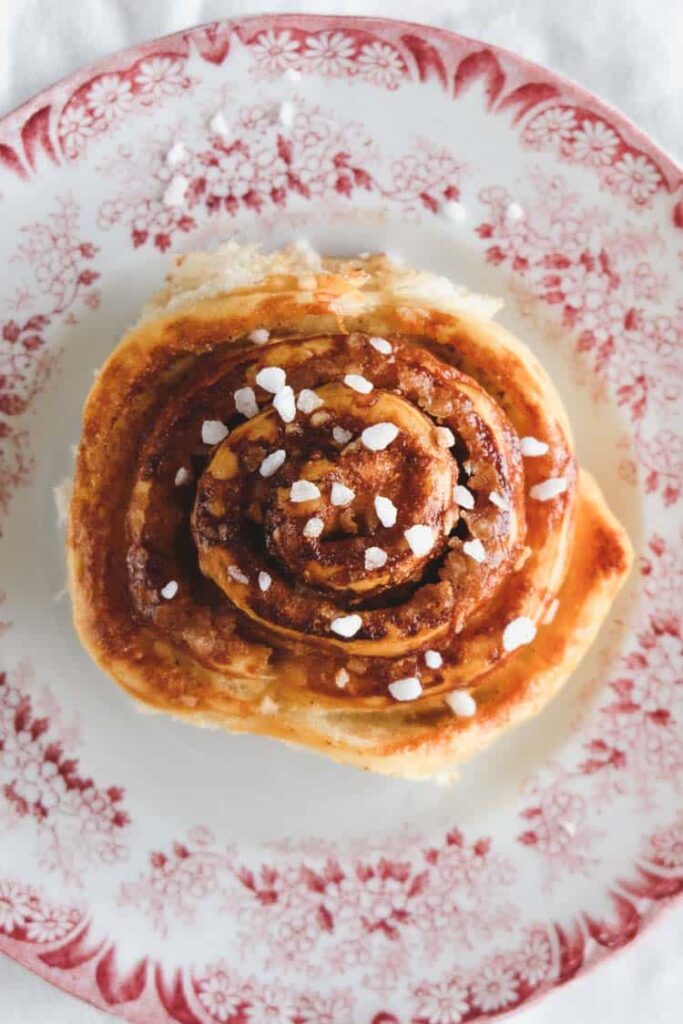